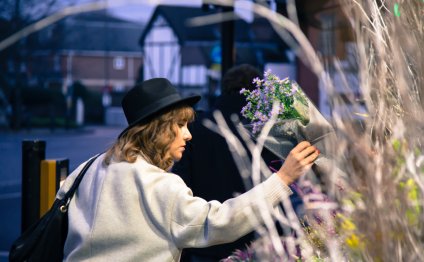 We browse the facelift at Brew in Wimbledon

Brew in Wimbledon is becoming a familiar face on Wimbledon Village High Street, but it's simply had a makeover in time for yearly tennis titles.

Not only has a wood-fired pizza oven been introduced at the back of the restaurant, but there is also a good new bar area at the front.

We had been really indeed there to review its new evening selection - including a tantalising variety of burgers featuring chicken, duck, halloumi, crab and beef.

Burgers just weren't truly the only food on offer whenever we visited, as the night menu included risotto, fishcakes and steak. However, everyone inside seemed to be tucking into a burger - tempted because of the £12.50 deal, including hamburger, potato chips, salad and half a pint. Therefore we chose to interact using them, although my buddy opted for a duck hamburger, I selected the intriguing-sounding halloumi burger.

As our burgers had been cooked when you look at the gleaming white-tiled kitched behind, we'd a couple of starters. We moved for smoked edameme beans in lemon and Meldon salt, while opposite me arrived sourdough bread and essential oils (see remaining).

My beans were perfectly prepared plus it ended up being a nice part. I was pleased it included an extra tray to desposit my shells.

Then arrived our hamburgers. My pal had been uncertain in regards to the concept of a duck burger, but made a decision to give it a try. And after a couple of mouthfuls regarding the shredded duck with hoisin sauce, cucumber and radish she declared that it is actually tasty.

Each burger came on a wooden block, with a large percentage of fries and an eco-friendly salad.

I am an admirer of halloumi, but had never really had it in a burger prior to. Additionally contained grilled red pepper, which provided it more of a barbecue sensation, and required I'd an actual mouthful of flavours. I have to admit that I experienced to go out of a few of the hamburger loaves of bread behind - there clearly was only excessively after my lovely beginner.

We certainly enjoyed the half pints of fantastic and energizing alcohol, from nearby Northcote Brewery, that came along with our meal.

We in addition desired to sample the sweets and fortunately my buddy had some area to use gluey toffee pudding with ice-cream. It was another sufficient portion, but seemed and tasted a genuine treat.

I am aware Brew is quite well-known through the day, but it's well worth a look-in the night also. It's a cavernous interior, that will be...