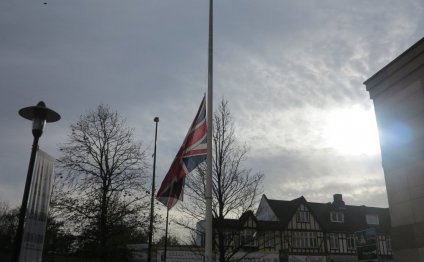 Two schools in Merton were evacuated this morning after a-bomb scare.

But Rutlish's headteacher later said that the college had not experienced a bomb danger.

Rachel Burnham, advertising and communications supervisor at Raynes Park high-school, said their particular receptionist responded the telephone today to a recording of a 'vague' bomb hazard.

1, 018 pupils had been immediately evacuated in pretense of a fire security while police were called.

The Metropolitan Police confirmed the bomb scare was ongoing but would not give factual statements about which schools had been impacted.

Authorities later on said they'd stood down sometime after 10am and were working with it as a 'malicious communication'.

Miss Burnham stated: "there is an unclear danger to say this would definitely occur.

"Our receptionist proceeded to phone the authorities instantly and spoke toward headteacher.

"Everyone was led out on the astroturf - they were very well behaved."

She said authorities provided their all clear soon after 10am today and stayed during the college at 11.30am using statements from staff.

She said individuals were safe and pupils have been sent house.

They certainly were anticipated to be in school as typical tomorrow, unless a statement is made on its site.

West Wimbledon main class allow the company staff utilize their particular facilities so that they could notify moms and dads via e-mail and text regarding the circumstance at about 9.45am.

Year 11 pupils from Ricards Lodge said they were told through police they could maybe not make use of their smartphones in case it interefered with all the bomb recognition equipment.

a mother or father contacted the Wimbledon Guardian to state their child was in fact evacuated from Ricards Lodge senior school in Lake path, Wimbledon.

The person, who desired to remain private, stated there have been lots of police within college, and the children was indeed evacuated onto playing industries and then relocated further away to the roadway.

He stated: "it appears extremely serious. Authorities said it was a bomb scare.

"To start with the authorities had been wanting to play it down and say they get these specific things occasionally, then again they began going more swiftly and much more police appeared, plus the kids got moved away more."

Two 13 year old girls, Annabelle Cole and Paige Ditch, stated pupils were panicking at their particular school, Ricards Lodge. They said they were surprised since the college is very tiny and had been 'freaking out' about the bomb hazard.

A small grouping of pupils from Ricards Lodge highschool, whom wanted to stay private, stated: "it absolutely was about 8.40am if the fire alarm went down. We did not know what ended up being taking place.

A day with AFC Wimbledon Under-18s

Serena Williams fires a return back into Garbiñe Muguruza in women’s singles last at Wimbledon. Photo: Tom Jenkins the Observer…