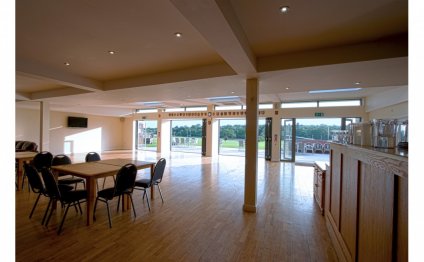 This course threads together a string of green areas to generate a pleasing, peaceful path between two of southwest London's major city centres, Wimbledon and Sutton. The green rooms are connected by quiet domestic streets, so the route is perfect if you are new or going back to cycling and want to practice some on-road riding including biking in areas.

If you're starting from Wimbledon Station, the busiest part of the route is right at the beginning. You may find it easier to walk your bike the short distance from the station to Buelah Road to avoid the one-way system.

Going south the route experiences Joseph Hood Recreation Ground at Bushey Mead, where there's a childrens play location and playing fields. Only east of listed here is Cannon Hill Common with an appealing decorative channel, that could be a nice picnic spot.

More south you pass through Morden Park, an expanse of land that was formerly the grounds of Morden Park House, a Georgian country house which still appears at the heart of the park. The park has a pitch and putt golf course and a pool.

Be careful at the southern end for the route, specifically round the Angel Hill location, where route is however become totally delivered.