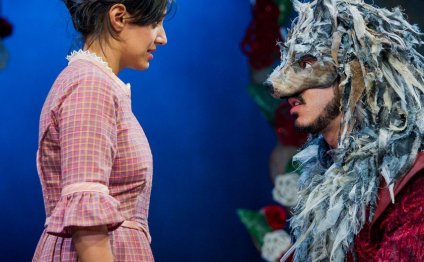 Polka Theatre started life as a touring company in 1967 under the Artistic Directorship of Richard Gill. Gill was spurred on by a consignment to fine design and artistry and a passion for puppetry, taking the organization’s strive to a lot of Britain’s major theatres. By 1971, following a successful Arts Council application (the first annual grant to virtually any company working in the field of puppetry), Polka had been attracting staggering audiences of 250, 000 each year.

But touring with other people’s theatres imposed limitations: tiny casts, suggests that will fit every phase… Gill had an insurance policy of taking ability, craft and color to Polka’s productions, and now he desired to do the same to a building which may be a property for Polka’s work. In 1976, Polka discovered the Holy Trinity Halls in Wimbledon plus in 1979, following a long fundraising promotion, Polka’s dream of a permanent home for children’s theater became a reality.

When Polka – The Children’s Theatre launched its doorways on, it became the UK’s very first theatre site dedicated exclusively to kids. This momentous occasion had been marked by a Gala Performance attended by Her Majesty Queen Elizabeth the queen-mother.

With two overall performance spaces a 300-seat Main Auditorium and a 90-seat studio), a café, a playground, a toyshop and convention and gallery areas, Polka Theatre was special in its completely child-centred design. It quickly became a popular attraction both locally and London-wide, for high manufacturing values of their continuous programme of puppetry activities, and also for the excellent environment which they were staged.

Once created in its very own area, the business rapidly began to diversify, while the range article writers, directors and puppeteers with whom the business worked expanded. By 1983 Polka was regularly programming and producing productions aimed specifically on Under-5s: the studio, referred to as Adventure Theatre, became the designated overall performance space, and also these days it continues to be the just room in britain committed exclusively to function for Early Years audiences.

Beauty & The Beast at Polka Theatre