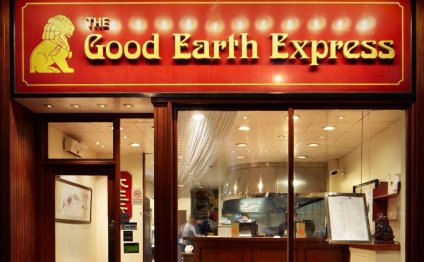 Situated next to the picturesque expanse of Wandsworth Common, Bellevue path is distinguished to those of a foodie interest, having been house to Michelin-starred French restaurant Chez Bruce for the very best section of 20 years.

But would appear that Bruce Poole’s celebrated brasserie isn't the only gastro-string to your area’s bow, with newcomer The Good Earth serving up excellent Chinese food only two mins up the road.

A family-run establishment, it is the most recent opening in a group of London-based eateries under the great Earth banner, with another restaurant in Knightsbridge and a number of take-away outlets dotted around South West London. However, this is a substantial cut above your average sequence restaurant.

Having already been seated in a sleek, modern-day dining area, all polished lumber and sharp white tablecloths, we plumped for two ready dinners, guaranteed by the helpful Maître D’ that the fixed cost menu was consists of the restaurant’s best meals.

A selection of beginners ended up being ruled by a pair of eye-catching Dragon’s Whisker Prawns, succulent master prawns encased in a cocoon of fine shredded pastry. Another highlight was some of Honey-Glazed Ribs, a sticky treat, the beef dropping pleasingly out of the bone tissue.

After that up ended up being that standard takeaway basic, Aromatic Duck, served because of the obligatory pancakes, hoisin sauce and spring onions. Done really, it's a thing of beauty, and cheerfully, the great world does it well indeed, the duck beautifully tender, its epidermis crisp and tacky. Tasty.

Finally, the mains. Chicken with Cashew nuts had been another old-fashioned dish done well, but Fillet of Beef in Claypot had been the star performer, showing up nonetheless sizzling at the table, the flavor for the animal meat over residing as much as the spectacle.

At only under £40 per person, without wine, this Chinese banquet will come in a shade more expensive than your typical neighbourhood restaurant, but given the high quality (and amount) for the meals on offer, it's well worth the extra outlay.

We visited Bayee Village in Wimbledon on Christmas time Eve, the restaurant ended up being busy and it also seemed like they…