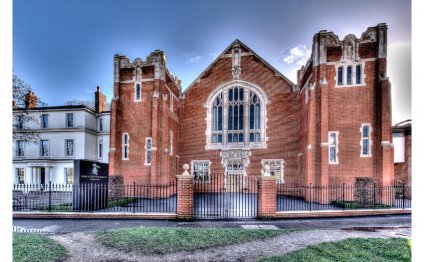 GUIDELINES THROUGH THE WEST/SOUTH
From M25 get in on the A3. Ignore the A298 indication to Wimbledon – continue before Coombe Lane exit (for Merton/Kingston), as though for petrol station. Take the slide roadway going put aside the petrol station (signposted Wimbledon), and change left on connection at the top. Manage over a zebra crossing, after that within mini-roundabout turn left (signposted Wimbledon Village). You are now on Copse Hill. Keep unless you achieve a double mini-roundabout – turn left into Woodhayes Road. As this climbs towards Wimbledon Common you will observe KCS on your own right.

DIRECTIONS FROM THE NORTH
Leave the A3 at Tibbet's Corner roundabout and take the road signposted Wimbledon. Follow this road for a mile and a half, then turn right into Cannizaro Road. Follow this road for 600 yards – it becomes West Side popular – and you may begin to see the primary entry to KCS on the left. There clearly was parking inside part roadways close to the college.

TRAM
The Tramlink provides a fantastic solution between Wimbledon Station and Croydon. Daytime Mon - Sat trams operate every 7-10 minutes; every 15 minutes at other times. The Tramlink extends to Beckenham, Elmers End and brand new Addington.

TRAIN
You will find excellent primary range contacts from Wimbledon Station, many services running at 15 min intervals or less. South West Trains operate from Wimbledon to Clapham Junction & Waterloo and from Wimbledon to Surbiton, Kingston & the South West. Thameslink trains run straight to and through the City of London.