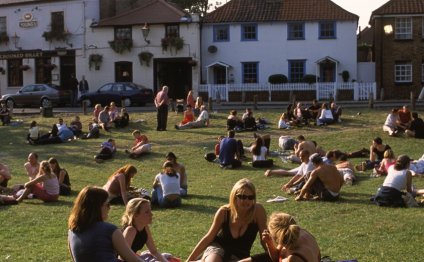 Several things never ever change. But other things – eg wine, cheese, and undoubtedly females – only appear to improve eventually. Your dog & Fox is one of these. This Wimbledon village stalwart invested many years as a grotty neighbourhood boozer, had a radical renovation from owners younger's around a decade ago (nearly doubling in size), and has now had regular spruce-ups ever since, of late in late 2013. During the summer 2014, they also included 17 boutique-style resort rooms (previously staff accommodation). Go into the general public places and you will discover something for virtually any mood: the main club (an airy drinking area, where you are able to consume from the primary menu, simply without table solution); a sizable, inviting dining area (all gorgeously repro: heritage tints, Louis IV armchairs and so on); and quieter, overspill places, including the aptly-named ‘Library’ area, with its rows of books.
We consumed in ‘The Scullery’, near the open cooking area, for the no-bookings Sunday lunch, which was as favored by well-heeled locals as a flash purchase on Range Rovers. By 12.45pm (they offer from noon), every chair had been taken. We could rapidly understand why: fairly-priced and traditional, it’s all you’d wish from a home-cooked dinner, but with none associated with faff. Two big plates arrived: one with juicy, pink-middled meat (21 time old western Country sirloin - £14.95); the other with a succulent marinated half-chicken (£13.95). Both included most of the trimmings: crispy roasties, thyme-specked root veg, lashings of gravy (no skimping here), and a

The Butchery ‘nommer asseblief ‘ Tel: 020 8876 2050 It is possible to pre purchase for collection! Snoggy’s primary shop…