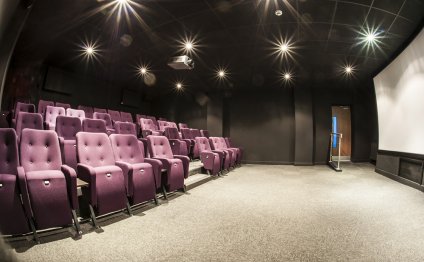 The Curzon cinema started in Mayfair in 1934. Site visitors on opening night were addressed to a showing of Austrian filmmaker Willi Forst’s Schubert biopic, Unfinished Symphony, which set the precedent when it comes to organization’s long and illustrious job of championing artistically important cinema from around the planet. Surviving in a now grade II-listed building from the street after which its named, the cinema's low-rise brick façade, is now a London landmark. Many others London places have sprang up when you look at the intervening many years - in Soho, Bloomsbury, Chelsea, Richmond, Wimbledon and very quickly, Victoria - and Curzon Cinemas could be the UK’s leading separate sequence, with cinemas in Knutsford and Ripon, and franchised displays as not even close to London as Banchory, Aberdeenshire.

Curzon has expanded beyond only cinemas over time, providing an on-demand residence viewing solution and buying brand-new productions, having acquired distributor Artificial Eye in 2006. Lately, it co-produced the much-lauded Le Week-End, which saw British performers Jim Broadbent and Lindsay Duncan as two rekindling their waning love on a trip to Paris. Other films written by Curzon include Cannes Palme d'Or winner Blue could be the Warmest Colour and Lars Von Trier's controversial manufacturing, Nymphomaniac.

The newest five-screen cinema in Victoria is a great signifier associated with means the area is transforming into a location for Londoners trying to find culture, enjoyment and fun. Talking about the task, Curzon World's chief operating officer Mel Alcock said, 'Victoria is quick becoming a cultural and personal destination, so we tend to be pleased becoming a significant part of the exciting development. This can be a time of fast growth for Curzon Cinemas, both inside and outside the M25 - and the Victoria cinema needs pleasure of place in our roster of much-loved venues. For us, quality is everything - which is the mantra that we will apply to all aspects of the brand new Curzon Victoria.'

Wimbledon 2012: Ana Ivanovic on life at The Championships

I have already been excitedly waiting for the opening of this cinema for a few months today, and boy, ended up being it worth…